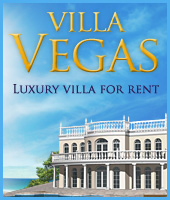 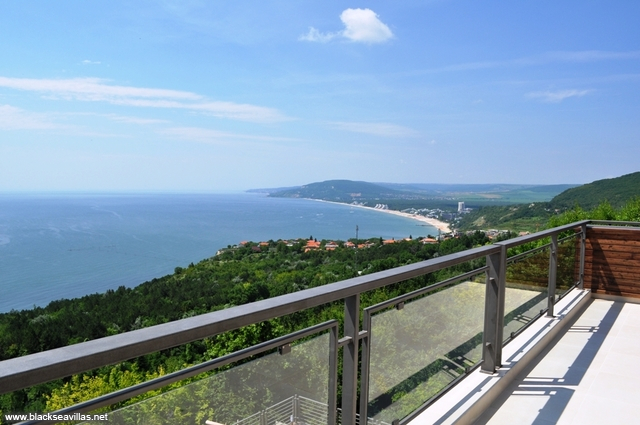 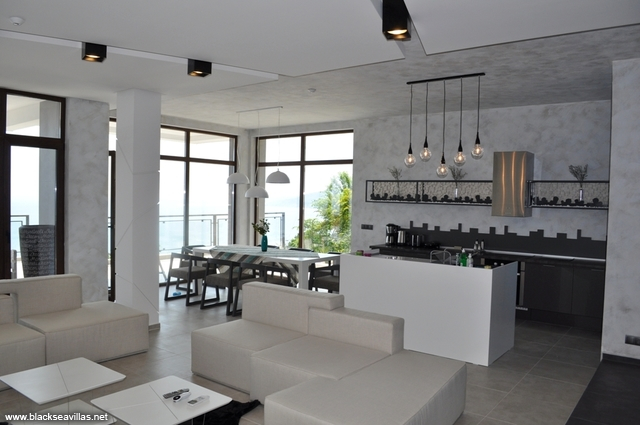 Payment terms
Booking amount 400 Euro
Within 5 working days from booking
Balance amount 100 % Not later than 6 weeks prior to arrival
Damage deposit 200 Euro Upon arrival
Payment options: Bank transfer
Promotions: 20 % discount for all bookings in May, June and September 2020.

SPECIAL 20% DISCOUNT FOR ALL BOOKINGS IN MAY, JUNE AND SEPTEMBER 2020!
A story of a villa to rent!

Back in 2012, when the owners of villa Jazzy began looking for an excellent investment plot, they had searched among variety of possible options from Shabla on the North Black Sea coast to way down south near the town of Primorsko. After seeing more than 20 plots and nearly at the edge of disappointment, they had come across a villa area near Albena resort with a truly deserved name - Sunrise.
It was a breathtaking first sight of the place, where now Villa Jazzy stands. Dazzling sea views, green hills, fresh air, and ecological region, everything you would search for at one place. That is exactly what the word serendipity was thought out - an aptitude for making desirable discoveries by accident.
There was no doubt that the villa of their dreams would be built there and when finished they would liked to share that beauty of both location and villa with all of you.
So, work got started, all documentation was set up and after the transfer of ownership was completed, the planning of the building works could began.
A Bulgarian architect, who had spent more than 15 years in Austria, was chosen. He was a professional with great experience in designing vacational homes, who heartily took the task to design this modern building, mostly because the near by town of Balchik was his birthplace and he had kept precious childhood memories of the area.
Due to the complexity of the terrain, the construction of the building was certainly not an easy task. That is why the next step was to choose a reliable construction company with proven experience in the field.
And so, a month after purchasing the plot the work on preparing the terrain for this exquisite villa had began. Seasons came and passed and the construction work had not stopped even when in winter 2012 temperatures dropped till -15 degrees Celsius.

The owners of the villa realized that without professional help for choosing furniture and decoration the impact of the villa wouldn’t be the same. Probably the most emotional moment in creating Villa Jazzy was the choice of the interior designer. And as best things in life happen by chance, so unexpectedly they came across the right person for this task. He was an eco-activist, who passionately defended the migration of the birds via Via Pontika and their resting stop in Bolata Seaside area and Kaliakra Cape on the Northern Black Sea coast. Among his eccentric interests, typically for a man of art, the designer has had natural taste of beauty and sophisticated pleasures. A wine presentation in the Queen's Palace in Balchik was the meeting point for him and the Villa Jazzy's owners in the spring of 2013. Enchanted by the idea to work on such a modern design, he devoted his whole energy and artistic scope, so that he could create the perfect project -a breathtaking villa for rent, constructed with natural materials, pure lines and in the same time so cozy and welcoming, so that you could feel at home.

Villa Jazzy opens in June 2014. It is composed of 4 bedrooms with 3 bathrooms, spacious living area with open plan kitchen, dining and lounge areas, plus an additional shower-room on the ground floor. Outside apart from the marvelous scenery, there are a swimming pool, a movable barbecue-grill and a parking lot.

Note: If you are interested in renting Villa Jazzy, Bgrentals will provide you with additional information about the villa's conditions and facilities.
Access to the villa: Please, have in mind, that the last 700 m. to the villa are on a steep and bumpy road, which is not suitable for sport cars.

The beautiful Albena resort is the second biggest beach resort on the North Black sea coast in Bulgaria. With its 17 tennis courses, a riding club with 30 horses and 2 arenas, 21 outdoor and an indoor pools, a yacht club, fitness centres, playgrounds for beach volleyball, bowling hall, a centre for paragliding, parachute jumps, plenty of restaurants and bars, Albena resort has a lot to offer for a full and completely vacation. The resort is situated only 30 km away from Bulgaria's sea capital Varna. It is remarkable for its 6-km long beach. It has 43 hotels (2 to 4 stars), situated at the very beach or at the picturesque hills with exciting views of the sea and the "Balata" National Reserve.

Varna: Varna is Bulgaria's third largest city. It was an inhabited place even before the Greeks established the colony of Odessos there about 580 B.C. Later, under the Romans and their successors, the Slavs, Varna became a major port trading with Constantinople, Venice and Dubrovnik. Nowadays it is Bulgaria's main naval and commercial shipping port. It's also becoming a magnet for tourists, being adjacent to the coastal resorts of Golden Sands, St. Constantine and Albena. A university town, it is has a cosmopolitan atmosphere that will immediately impress visitors. Boulevards lined with 10th century buildings provide an attractive backdrop to the fashion shops and sophisticated cafe bars.

Golden sands - the biggest summer resort on the North coast of Bulgaria with glorious scenery, wooded hillsides sweeping down to meet one of the world's most beautiful beaches and the blue sparkling sea. The beach is 3.5 km long and its width is up to 100 m in some places. With the average temperature of the air is 27° C and that of the water 24° C, Golden sands is the right place for sea- and sunbaths from May to October. Distanced only 18 km from Varna city and about 25 km from the internation airport, the resort offers great variety of entertainments for all ages - parents with children, youths, elderly.

Aladja monastery: It is the most famous rock monastery at the Bulgarian Coast, one of the many monc cloisters, existed in 13-14 century.

Dobrich: Due to its generous land, the area of Dobrich town is called the "Granary of Bulgaria". Dobrich is the eighth most populated town in Bulgaria, being the centre of the historical region of Southern Dobrudja, and is located 30 km west of the Bulgarian Black Sea Coast, not far from resorts such as Albena, Balchik, and Golden Sands. Some of the sights in Dobrich are the museum of Yordan Yovkov (great Bulgarian writer), the "Old town" of Dobrich with different handcraft workshops, the ruins of a Middle Ages settlement, the ancient necropolis and a big number of monuments.

Baltata Forest Reserve: Very close to the resort (bordering "Albena" and stretching west to Kranevo Village) is one of the few dense forests, which have been preserved -Baltata preservation area or 197 hectare wildlife area. The forests of Baltata reserve are actually made up of many interesting habitats because of its proximity to the sea. Found in the reserve are deer, wild boar, red fox, steppe polecat, wood ducks, herons, falcons,etc. as well as numerous representative flora supported by this unique ecosystem. Visitation is encouraged but only with specially arranged tours and guides.

Kranevo village: the holiday village of Kranevo with its remains of the ancient fortress used in Roman times and the Middle Ages is also located in very close proximity to Albena resort. Beside the fortress, the village is also attractive for its mineral springs. The coast between Albena and Kranevo is high and extremely picturesque with steep rocky formations.